Zurich (German: Zürich, Zürich German: Züri) is the largest city in Switzerland, with a population of some 364,500 in the city proper and close to 1 million in the agglomeration area. Zurich is on Lake Zurich, where the lake meets the Limmat River, in the north of Switzerland.

View across Zurich from Grossmünster Because Zurich is the central node of the Swiss-wide train network and also runs the biggest and busiest international airport in the country, it generally is the first place where tourists arrive. Because of the city's close distance to tourist resorts in the Swiss Alps and its mountainous scenery, it is often referred to as the "portal to the Alps".
Contrary to what some believe, Zurich is not the capital of Switzerland-- that honor falls to Berne. Zurich has long been known for being clean and efficient. Due to this, it has been continuously ranked as the city with the highest living standard world-wide for many years. However, only for the last ten years has it truly become a fascinating and worthwhile travel destination. This is mostly thanks to the liberalization of the cultural, party and gastronomy sectors. An increasingly cosmopolitan population has helped, as well, though more button-down Geneva remains Switzerland's most culturally heterogeneous city.

The official language is German, used in all official publications and announcements, and practically everyone can speak it, but the native language of the masses is Swiss German. The most common dialect is called Züritüütsch. English and French are also widely spoken and often used in official publications and announcements alongside German. Any of these languages will do easily. Note that it's often wise to speak German rather than attempting to speak Swiss German; some people may think you're trying to make fun of their language.

We have 69 guests and no members online 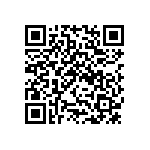