Santa Rosa  is the largest city in Sonoma County, California, and fifth largest in the San Francisco Bay Area. The city functions as a great jumping point for those that want to visit the wine country in Napa Valley, or driving out to the beautiful coastal Highways and parks.

The skyline of downtown Santa Rosa, looking toward Mount Saint Helena Santa Rosa's history is rich in culture and many different groups have called the area their home. Pomo, Miwok, and Wappo Indians originally populated the area followed by the Spanish in the early 1800s. The first deeded land was held as the Rancho Cabeza de Santa Rosa and was given to Senora Maria Ignacia Lopez de Carrillo by Spanish authorities.

The city continued to grow when other early population centers declined or stagnated, but by 1900 it had been, or was being, overtaken by many other newer population centers in the San Francisco Bay Area and Southern California. According to a 1905 article in the Press Democrat newspaper reporting on the Battle of the Trains, the city had just over 10,000 people at the time.

The April 18, 1906 San Francisco Earthquake essentially destroyed the entire downtown, but the city's population did not greatly suffer. However, after that period the population growth of Santa Rosa, as with most of the area, was very slow.

In 1943, Alfred Hitchcock filmed his thriller, Shadow of Doubt in Santa Rosa. He would continue to use Santa Rosa, and later Bodega Bay in many of his films. Thanks to this, Santa Rosa became, and continues to be a major hub in the Bay Area for numerous movies.

We have 49 guests and no members online 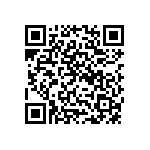