San Jose, the capital, is on a plateau in the Central Valley at 1200 m (3,700 ft) elevation. It is ringed by lush green mountains and valleys. The population of this city is probably half of the whole country. It contains the primary airport, the University of Costa Rica, the US' and other embassies and many museums, cultural venues, hotels, markets, etc. It is the hub of the country.
The Climate in San Jose Costa Rica can be different at all times depending of the route of the winds and yearly seasons, some times in the later months of the year it is colder than the months at the middle. For many Costa Ricans the coolest temperatures in San Jose are equal to high (warm) temperatures for a Northern American Citizen or some one from a country with a snow season. When you view the size of Costa Rica, then you can understand why weather temperatures differ from one city to another across short distances, unless the Caribbean weather suffers a major event in the atmosphere. Because of its elevation San Jose is usually 70 to 80°F (21 to 27°C) though it can get chilly at night. The rainy season is from mid April through December.

We have 88 guests and no members online 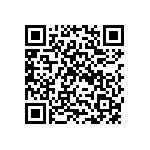