San Carlos de Bariloche is a city located in the Rio Negro province, at 770 meters above sea level and at 1,680 kilometers away from Buenos Aires. Bariloche is one of the main tourist destinations in Argentina, is known as a popular winter and summer resort in the Argentinian Andes. The city es surrounded by forests, beautiful lakes such as Nahuel Huapi, Gutiérrez Lake, Moreno Lake, Mascardi Lake and splendid mountains with snow-capped peaks, such as the Tronador, Cerro Catedral, Cerro López. The winter season from June to September, brings the stunning snow and the time of winter sports such as snowboard, snow polo, paragliding and mostly skiing. The main mountain is Cerro Catedral, 18 kilometers away the city, this resort features 67 km of rinks, cable cars, hotels, shopping centers, rental of equipment and general assistance, another good skiing destination is Cerro Chapelco in San Martin de los Andes. The mountains features trails for skiers of every level. In the summer, Bariloche becomes in a major destination for outdoor sport such as water sports, fishing activities, hiking, biking, trekking, climbing, golfing, including trips to Chile via the lakes route. Bariloche is a very lively town, the Civic Centre, is the most representative spot of the city, it reminds a Swiss village, its buildings lodge the City Council, the Police, the Cathedral, the Clock Tower, the Patagonia Museum, the Library, the tourist area of Bariloche, is located near the Civic Centre, the main shopping and business are on Mitre street, Moreno street and intersections. There are many chocolate shops, restaurants and fast food outlets, tourist agencies and shows, tourist can learn more about the history of Bariloche visiting the Patagonia Museum located in the center of the Civic Centre. Tourist can visit the Cathedral Nuestra Señora del Nahuel Huapi, it has interesting vitraux that mixes religious subjects with Patagonian items. In Beschtedt Street, tourist can visit one of the most antique buildings, the Capilla de la Inmaculada (literally Chapel of the Immaculate), built in 1905, was initially settled in Moreno Street and moved to its current location using rails, during 1973, it has been declared a Historic Monument.

We have 34 guests and no members online 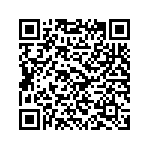