When people talk about Italy the first thing that comes to their mind is the leaning tower of Pisa, it is definitely one of the most important tourist attraction in Italy. Pisa is the capital of the province of Pisa; it is located in the Tuscan region of Italy. It was founded in the V century BC by the Etruscans and in the III century BC Pisa was allied with Rome, which is the reason why in 180 BC it was a Roman colony becoming a major naval base called Portus Pisanus. In the XII century Pisa was the main center for commerce in the eastern Mediterranean. Pisa has many important and beautiful monuments, being the most important one the leaning tower of Pisa which was built in the XII century, the tower is 55.8 meters tall and the inclination is about 4 °.
if you think that Pisa has only one leaning tower you may just be mistaking as this city has three leaning towers, the best-known one is the steeple of the cathedral and it is located in the Piazza del Duomo, the second one is the steeple of the church of San Nicola located near Via Santa Maria and the Lungarno, the third one is located near the river Delle Piagge. Home of the famous scientist Galileo Galilei, Pisa is also known for its universities because the city is home of some of the most important universities in Europe.
Pisa has a population of 87,500 residents although Pisa is a small city it has around 20 important tourist attractions some of them are Piazza dei Cavalieri, The church of Santa Maria della Spina, the church of San Pietro in Vinculis, Museo nazionale di Palazzo Reale and d'Arte Palazzo Blu.

We have 13 guests and no members online 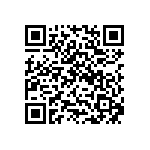