Phoenix is the capital of the state of Arizona as well as the most populous city in the American Southwest and sixth largest city in the United States. Founded in 1871, it has become the region's primary political, cultural, economic, and transportation center. At an elevation of 1100 ft (335 m), it is situated in the biologically unique Sonoran Desert. Over time it has merged with the neighboring cities of Scottsdale, Tempe, Glendale, Peoria, Chandler, and Gilbert to form the Greater Phoenix Metropolitan Area. Currently exurbs such as Apache Junction, Fountain Hills, Queen Creek, and Sun City are becoming part of this metropolitan area as well.

Why would anybody want to start a city in the middle of a desert? The answer is, surprisingly, agriculture. The Salt and Verde Rivers of central Arizona were exploited for large-scale agriculture by Native Americans as early as the 11th century. The area that now encompasses Phoenix was a center of the Hohokam culture, which built large canal systems and a network of towns and villages, whose remains may be viewed in the city to this day. White settlers discovered the remnants of the Hohokam culture in the 19th century. The city's name reflects its history as a city "reborn from the ashes" of the previous settlement.

European-American settlement of the area commenced in the 1860s, and in 1911 the completion of the first of several large reservoirs in the mountains north and east of Phoenix insured its success as a center for irrigation-based agriculture. Many tens of thousands of acres were planted in citrus and cotton and other crops, and for many years, intensive, year-round irrigated agriculture formed the basis of the economy. Recent years are seeing a revival, and trendy hotels, bars, shops and restaurants are making it a place to be again.

Warm and sunny winter weather also ensured a thriving tourism industry, and encouraged many Easterners and Midwesterners to relocate to Phoenix. High-tech industry began to flourish after World War II, and since that time the growth of Phoenix has been explosive. As a result, a population of just over 100,000 in 1950 has given way to a 2006 estimate of 1,512,986 (with the metro area estimated at 4,039,182)[2].

English is the dominant language in Phoenix. However, like much of the Southwest with a large Hispanic population, Spanish is very widely spoken in Phoenix. Spanish is a language often used for day-to-day discourse in many places, although English is the language of preference, especially when dealing with businesses and government.
Phoenix has an arid climate with long, hot summers and very mild winters. It has the highest average temperature of any metropolitan area in the States. The weather varies enormously from one season to the next. While it's not as cold as in the northern states during the winter, it does freeze sometimes, and temperatures in the 30s°F (-1°C) are not unheard of. In the summer, very hot and dry heat is the norm. On the hottest days, it can get up to 115°F (46°C) or more. Monsoon rains with lightning occur regularly from July to September during the late afternoon and evening, occasionally overnight also. April is the most ideal month. In some neighborhoods, cicada insects make loud sounds from sunset to sunrise.
Overview of Phoenix districts Downtown
This area spans approximately two to three square miles, with main arteries running along Central Avenue and Washington/Jefferson Streets respectively. Three out of the five tallest skyscrapers in Arizona are in Downtown Phoenix.
Midtown
There are a handful of officially recognized and protected historic neighborhoods and a variety of cultural, performance, and sporting venues in this area of town.
West Phoenix
Includes Maryvale and Estrella, this area has seen its better days and is suffering urban decline. However, a highlight in the area includes the Cricket Pavilion which is a great place to see a concert.
North Phoenix
Includes Deer Valley, Desert View, North Mountain, North Gateway, and New Village. The Phoenix Mountains are located here and offer a plethora of hiking and outdoor activities.
Camelback East
A very upscale area of town which contains the famous Biltmore Hotel, Papago Park, the Phoenix Zoo, and world class resorts. The surrounding area is also known to feature expensive office space, upscale stores, and luxury homes.
South Phoenix
This area is home to South Mountain Regional Park, the largest municipal park in the country. However, the neighborhood at it's base is fairly run-down and many sections are not safe. Laveen is a semi-rural area that is nonetheless seeing increasing development.
Ahwatukee
An upscale neighborhood of Phoenix, Arizona bordered on the north by South Mountain Regional Park, on the east by I-10 and the cities of Chandler and Tempe.

We have 54 guests and no members online 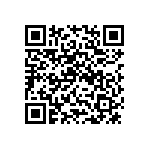