Philadelphia is a huge city with several district articles containing sightseeing, restaurant, nightlife and accommodation listings — consider printing them all.

Rocky statue outside the Philadelphia Museum of ArtPhiladelphia , located in southeastern Pennsylvania, on the southern fringe of the mid-Atlantic region, is the fourth-largest urban area in the United States and the country's fifth-largest city. Often referred to as "Philly," the official city boundaries are actually quite large—what started as a much smaller city began annexing the surrounding districts and suburbs in the mid-19th century, and Philadelphia the city is now coterminous with Philadelphia the county. Altogether, Philadelphia's metropolitan area encompasses a total twelve counties in Pennsylvania, New Jersey and Delaware.

Districts,As a result of Philadelphia's size, there are very large residential districts most visitors will never see. On the other hand, you could roam for miles, see distinct changes in atmosphere, architecture, and demographics, and still be within the city. For most tourists, the landing point will be in Center City, the "downtown" section of Philadelphia. It is bounded by South St. to the south, the Delaware River to the east, the Schuylkill River to the west, and Vine St. to the north. The 2005 Center City population, at nearly 100,000, makes it one of the most populated central business districts in the U.S, just behind New York City. Other popular districts to visit are Old City, West Philly, and South Philly. In the recent years, Northern Liberties (in the North region) has been gaining traction as a hip, trendy place.

Old City ,Philadelphia's oldest historic quarter, where the roots of the American Independence began. Located between 6th Street and the Delaware River, it features Independence Mall and historical landmarks like the Liberty Bell, Constitution Hall, and Independence Hall. Also of significance are the art, design and fashion businesses and galleries, making Old City a vibrant and culturally diverse neighborhood with an 'old world' european aesthetic. Evening hours bring added excitement with great restaurants, bars and clubs.

North Philly ,Working class neighborhoods, some of which are struggling with crime problems, but also the home of Temple University and Northern Liberties.

West Philly ,West of the Schuylkill River, includes University City comprising of University of Pennsylvania and Drexel University and its surrounding neighborhoods.

Northeast ,The far northeastern part of town, mostly residential.  Philadelphia, often called the "Birthplace of America" and referred to as the "new Athens" early in its existence, is the birthplace of America's modern democracy. Founded by William Penn in the late 17th century, the city's name translates to "City of Brotherly Love" and has been a seat of freedom since its inception; originally founded by Quakers, the colony promoted religious freedom among its residents in stark contrast to the England of the time.

History,Known for its role in the American Revolutionary War, Philadelphia saw the convening of the Continental Congress as well as the writing of the Declaration of Independence and the Constitution. Shortly after the nation's inception took place in Philadelphia, the city was named the nation's capital, a role it filled from 1790 until 1800, when Washington, D.C. took over.

Benjamin Franklin, probably the city's most famous resident, was responsible for the city's alternative title, the "new Athens." While Franklin's most famous experiment dealt with the conducting of electricity, he was also responsible for the country's first insurance company, the city's first public library and the first fire department; Franklin also played a great role in establishing the city's postal system as well as inventing new conveniences such as bifocal lenses and the Franklin Stove.

Philadelphia has seen its skyline and its name in lights throughout the years in such famous films as the "Rocky" series (the statue from "Rocky III" still stands prominently outside the Philadelphia Museum of Art), as well as films like namesake "Philadelphia" and many of Philadelphia native M. Night Shyamalan's thrillers.

The Liberty Bell is right in the center of Philadelphia inside of a pavilion near Independence Hall. The Liberty Bell is a major piece in Philly's history. It was rung to announce the news of the passage of the Catholic Emancipation Act of 1829 in Great Britain. John Sartain in his book, Reminiscences of a Very Old Man, claims the bell was cracked during this announcement: "The final passage of the Emancipation Act by the British Parliament is linked to a bit of Philadelphia history. On receipt of the news in Philadelphia the Liberty Bell in the tower of the State House was rung, and cracked in the ringing. When I was up in the tower in 1830, two years after, viewing the cracked bell for the first time, Downing, who was then the custodian of Independence Hall, told me of it and remarked that the bell refused to ring for a British Act, even when the Act was a good one."

People,The Philadelphia area's 6.2 million inhabitants comprise a diverse group of almost every nationality. Philadelphia's primary cultural influences can be seen in its plethora of Irish pubs, the city's Italian Market, the Chinatown District, and the Reading Terminal which plays host to a diverse crowd of merchants - from first-generation European and Asian immigrants to the area's local Amish and Mennonite farmers.

Economy,Philadelphia's economy is as diverse as the population that inhabits the city. In Old City, the 'Third Street Corridor', from 3rd and Chestnut Streets to Vine Street, is home to many locally owned businesses contributing to art, design and fashion industries. The Philadelphia Stock Exchange, the oldest one in America, has been in operation since 1790. In addition, the city is host to several Fortune 500 companies, including Comcast (one of the nation's largest cable television providers), CIGNA insurance, Aramark, and Lincoln Financial Group. The University of Pennsylvania and Urban Outfitters are the largest employers. In the region there are approximately 50 higher educational institutions making Philadelphia a large 'college town'.

Dating back to the city's roots as the nation's first capital, the federal's government presence is also strong in Philadelphia. A U.S. Mint is located near Philadelphia's historic district and the Philadelphia division of the Federal Reserve Bank is close to that. Thanks to this governmental presence the city plays host to a large number of prestigious law firms and is considered one of the nation's centers of law.

The Pennsylvania Railroad, once the largest railroad company in the world, continues to influence Philadelphia's economy under the Amtrak name. Amtrak's second-busiest station, 30th Street Station, is on the west bank of the Schuylkill River and employs many Philadelphians in customer service, engineering, accounting, and IT jobs at the station.

Finally, many medical schools, pharmaceutical companies, and medical technology firms make their homes in and around Philadelphia, arguably making it the nation's healthcare capital.

Philadelphia has a humid continental climate with four distinct seasons. Winters are cold and often snowy, with temperatures usually hovering around 32°F (0°C) during the colder months. Average annual snowfall is 24 inches (59 cm) which is spread out mainly from December to March, but the area is sometimes hit by devastating blizzards that can dump up to half that total or even more on the city in one day, such as in 1996 when a single storm dumped 30.7 inches (78 cm) of snow on the city in just a couple days.

Spring and fall are rather pleasant, with temperatures in the 60s and 70s F (15°C-25°C). Summers are hot and humid, and conditions can get quite unpleasant when the air temperature is near 90°F (32°C) and humidity is high.

We have 89 guests and no members online 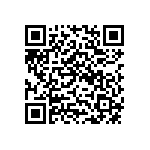