Peru,With an area of 1’285,215 square km (496,225 sq mi), Peru is bigger than France, Germany, Italy, Netherland and Switzerland combined. It is the third largest country in South America and bordered to the north by Ecuador and Colombia, to the east by Brazil and Bolivia, to the south by Chile and to the west by the waters of the Pacific Ocean.

We are taught as early as kindergarden that the country is divided in 3 geographic regions: the coast, highlands and the jungle.

Highlands (28% of the territory): a region of varied terrain and temperate climate, dominated by the snow-capped peaks of the Andes rising above 6,000 meters, the highest of which is Mount Huascaran, at 6,768 meters (22,206 feet). It includes deep canyons such as the Colca and Cotahuasi, the two deepest on the planet; and high plains like the plateau of Collao, on the shores of the world's highest navigable lake, Titicaca, at 3,810 masl (12,500 feet).

Jungle or Amazonia (60% of the territory): a region of tropical climate, lush vegetation and abundant fauna that is part of one of the planet's largest natural reserves. Peruvian Amazonia is the source of the Amazon River, the largest in the world.

Climate,Temperatures and atmospheric cycles vary from one region to another.

Coast: There are two clearly-defined seasons on the coast: summer (December-March), when temperatures can reach 27ºC (80ºF); and winter (May-October), which is damp and chilly, with temperatures falling to 12ºC (53ºF). Although it rarely rains on the coast, mist and drizzle are common during the winter. The far north coast enjoys sunshine all year round, with temperatures reaching 35ºC (95ºF) in the summer.

Highlands: The climate is dry and temperate, with two clearly-defined seasons: the dry season (May-October), with sunny days, very cold nights and scant rainfall -the ideal time to visit the Andes; and the rain season (December-March). There is a sharp contrast in temperature between sun and shade, and temperatures can often vary widely during the same day, from 20ºC (68ºF) to 2ºC (35ºF).

Jungle: The area has a tropical and humid climate. There are two well-defined seasons: the summer or dry season (April to October) with sunny days and temperatures above 30ºC (86ºF), and the rain season (November to March), with frequent showers and high river levels.

We have 68 guests and no members online 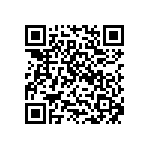