One of the most beautiful cities in Italy is definitely Palermo, it is one of the largest and one of the most important cities in Sicilia; it is the fifth most populated city in Italy after Rome, Milan, Naples and Turin. Palermo is a beautiful touristic city that attracts thousands of visitors each year, perhaps because in Palermo you have more fun than in other Italian cities. History has given Palermo many tourist attractions, this is the reason why Palermo attracts not only people that likes ancient history but also people who want to spend a nice holiday, but if you think that Palermo is an old city without technology and fun places you are definitely wrong because Palermo is a modern city and that is the reason why Palermo is one of the most important cosmopolitan cities in Italy.
Since the prehistoric Palermo was habited, around the mountains you can find paintings that picture how life in Palermo was thousands of years ago. Palermo was founded around the VIII century BC C. by the Phoenicians and its name was Ziz ("flower") and years later, Palermo passed to Carthaginian’s control. There are many testimonies from the Phoenician domination such as the walls of the old cities that remain in some streets of the old town.
If you want to visit Palermo and you think that Palermo is a dangerous city as in the past you don´t have to be afraid as Palermo is a very safe place for visitors and you can enjoy the sights of Palermo getting the best out of this beautiful city before mass tourism destroys its unique character.
Maybe one of the most important cultures that conquered Palermo was the Arab culture. They built many constructions that remain intact up to date. The Arabs occupied the island during the IX and X centuries. After that the Normans made Palermo the capital city of the kingdom of Sicily which achieved its grandeur under Roger II. Roger II was fond of beauty and encouraged the development of Sicilian arts and economy. He ordered the construction of numerous palazzi that are still major attractions in town today.
If you are visiting Palermo city you must see the cappuccino’s catacombs as these are some of the most important places to visit, you can also visit many beautiful churches, the Norman palace and the cathedral, and you can visit the famous Modello beach and finally the international museum of puppets

We have 89 guests and no members online 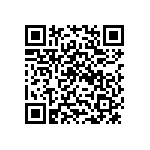