Northern Territory Tropical frontiers,last beds,
The Northern Territory coastline shares similarities with parts of the coastline of neigh bouring states, but overall it is unique. Absent are the scenes of sun bakers and lifeguards on golden sands an body surfer dodging the breaks. online bookings,cheap accommodation,This is wild, remote and difficult-to-access territory, a place visited for its untouched scenery, ecological riches and unparalleled fishing opportunities. cheap hotels,It is an adventure coast, where danger and excitement go hand –in – hand. The Northern Territory coast stretches 5437 km from Western Australia in the west to Queensland in the east. It fronts the Timor Sea, the Arafura Sea and the Gulf of Carpentaria. Most of its 887 islands, including Melville Island, the second largest in Australia after Tasmania, are Aboriginal land, as indeed is the great part of the mainland coastline. The best time to visit is during the Dry, which runs from April to October. great deals on hotels,Many areas are extremely remote> Sites on Aboriginal land may require permits. Book well ahead and plan carefully.

We have 76 guests and no members online 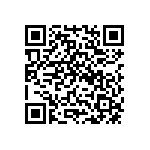