Morocco is a heady mix of languages, cultures, religions, ancient traditions and modern sensibilities.See for yourself in Tangier, the elegantly faded port-town, which has become the playground of international thrill-seekers, aristocratic tax-exiles, authors and spies.

Further down the western coast there’s movie-famous Casablanca, then Essaouira with its stunning historic medina (fortified old town). Inland lies cosmopolitan Fez with its high-sided streets and a maze of stunning riads (traditional houses built around a central courtyard). Explore the grandiose sprawl of Marrakesh, a vibrant and chaotic imperial city with a magnetism that’s drawn visitors for centuries.

Yet Morocco has wilderness at its core, from the rugged peaks of the High Atlas Mountains, scattered with ancient Berber villages, to the terrifying, empty majesty of the Western Sahara Desert. Morocco is a country that can often feel like a whole new world waiting to be explored. 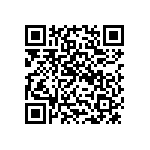