Malmö is Sweden's third largest municipality with a population of 290,007. It is a port city located in the province of Skåne (Scania) on the southern tip of the country.
Founded in 1272 as a fortified port 20km from Lund. Malmö was for centuries the second largest Danish city while Scania was under Danish rule. It served as a hanseatic port and a very lucrative trade area. Malmö dominated the south as the largest market hub until Copenhagen grew larger during the 16th century. In 1658, as a result of many years of war, Denmark ceded the city to Sweden in the Treaty of Roskilde. After an industrial revolution, Malmö grew rapidly but served as one of the earliest and most industrialized cities of Scandinavia but, until the turn of the millennium it was regarded more as a dull worker's city in the backdrop of more cultural cities in Sweden. The opening of the Oresund bridge in 2000 reignited the soul of a bustling hanseatic port that had lay dormant for so many centuries.
Today about 20% of the Malmö population are from various countries, making the city the most cosmopolitan in Sweden. This has contributed to a rich cultural life and many exotic and fine food opportunities. The ship building Kockums company used to be the city's biggest employer, but today the industrial city of old has been replaced by vast areas of middle-class suburban housing and modern eco-friendly neighbourhoods.

We have 53 guests and no members online 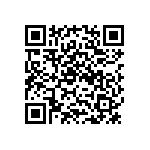