The Province of Málaga is situated on the southern coast of Spain, in the Autonomous Community of Andalusia. It is bordered by the Mediterranean Sea to the South, and by the provinces of Cádiz, Sevilla, Córdoba and Granada. Málaga contains 100 municipalities and 6 regions. Besides the capital, its main cities are Marbella, Vélez-Málaga, Antequera and Ronda. The regions are: La Axarquía, Valle del Guadalhorce, Serranía de Ronda, Comarca de Antequera, Costa del Sol Occidental and Vega de Málaga.
Birthplace of Picasso, the attractive, cosmopolitan city of Málaga is the capital city of the Costa del Sol and lies on a beautiful sweep of bay in Andalucia. Málaga is surrounded by mountains, lying in the southern base of the Axarquía hills, and two rivers, the Guadalmedina and the Guadalhorce. The climate here is mild and equable, the mean annual temperature being about 19 °C (66 °F). Málaga has an International Airport, Pablo Ruiz Picasso Málaga International Airport, that provides the gateway to all of the other Andalusian towns. There are a lot of hotels and tourist facilities to support the number of visitors the surrounding villages and beaches attract each year.

We have 70 guests and no members online 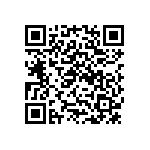