Liechtenstein, a tiny principality between Austria and Switzerland, it covers an area of 160 square kilometres, and is full of Gothic splendour and spectacular scenery,hotels

Vaduz is the country's capital and its main tourist attraction is the castle. In fact it's the most popular site in the country. It's perched high on a rock, looks like something out of a fairytale and offers terrific views of the area. The castle is the home of the reigning Prince of Liechenstein and his family, and is therefore not open to tourists. The castle dates back to the 12 th century and has been in the possession of the Royal Family since 1712. Vaduz is quite a lively city, though nowhere near as busy as its counterparts in other European countries. There are pavement cafes and,accommodation deals, significant cultural attractions. There's the neo-Gothic parish church of Vaduz, the postage stamp museum, the National Museum and the Museum of Fine Arts. When you're tired of sight-seeing, pop into the wine cellars of the Prince of Liechtenstein to taste some of their award-winning wines. Many people who visit the city get their passports marked with a souvenir stamp,hotel deals,

Elsewhere in the country, the Malbun ski resort, high in the mountains, is a popular attraction, with skiing and snowboarding slopes. During daylight hours there are buses from Vaduz that take you all the way to the slopes,backpacker,


The real joy of the country is the scenery, so head for the mountains, as high as you can go, and breathe it all in.

There isn't an airport in Liechtenstein, so direct travel is difficult, but not impossible. The nearest airports are Friedrichshafen, in Germany and Zürich in Switzerland. Trains run from these places to the Swiss border towns of Buchs and Sargans, respectively. Buses will then transport you to Vaduz. The country doesn't have its own rail network, although there's a tourist train around Vaduz. Most travelling is done via the roads,book,

The country has a temperate climate with warm, sometimes wet summers, and mild winters,savings,

We have 18 guests and no members online 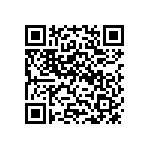