Indianapolis  is in the Nine-County Region of Indiana, right at the center of the state. It is the state capital and largest city of Indiana, United States, and is in Marion County. The population within city limits is approximately 829,714 people, making it the 12th largest city in the US. The metropolitan area has about 2 million (23rd in the US). Indianapolis is also known as the "Racing Capital of the World" due to the proximity of the Indianapolis Motor Speedway, home of the Indy 500 and Allstate 400 at the Brickyard (formerly known as the "Brickyard 400").
The name Indianapolis is simply Indiana joined with polis, the Greek word for city. The founders of Indianapolis expected it to be the "Great Inland Port," however they neglected the fact the the White River is impossible to navigate during most of the year; except during the spring it is a melange of sandbars and temporary islands. However, this port-desire left the city with a beautiful, but useless canal district.

Indianapolis is called the "Crossroads of America". The city is warm in the summer, with average highs in the mid-80s in June, July, and August. Indianapolis has a typical mid-western winter. January is the coldest month, with an average high of 34 degrees

We have 19 guests and no members online 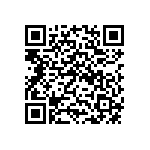