Gothenburg  (Swedish: Göteborg, pronounced "Yeutebory") is the second largest city in Sweden with approximately 500,000 inhabitants (2008) in the municipality. It is situated on Sweden's west coast at the outlet of the Göta river. With over 60,000 students Gothenburg University is the largest in Scandinavia. Gothenburg has a reputation of being a friendly place, even more welcoming than the Swedish capital.
Gothenburg is a city founded in the beginning of the 17th century by the Swedish King, Gustav II Adolf. It was once the center of the Swedish ship-building industry but with rising competition from foreign ship yards, many of the dry docks had to close down. Much of the inner harbor area has changed from industrial ship building to high technology and education, representative of the general change in the city. Today Gothenburg has both international sporting events, concerts, and conventions as well as a small town feel.
Politically it is dominated by the Social Democrats (Roughly equivalent to the British Labour Party), and has been for many years, though Swedish politics is moving slightly to the right.
The working-class history is easily visible, for example in the harbour area. Traditionally there has been few fashion houses or posh cafeterias, but that has changed in recent years with the reconstruction of the indoor malls in the city centre and with the opening of quite a number of American-styled coffee shops. In the city centre, where the university is located, there are many students.
The intonation (which is however neither a dialect nor an accent) of the Gothenburgers is, for other Swedes, associated with cheerfulness and witty humour.
Christine Church and the Town HallTourist information
There are two tourist information offices in central Gothenburg - one in the Nordstan shopping center (next to the central train station) and one on Kungsportsplatsen about ten minutes walk from Nordstan. Gothenburg's official tourist website [2] is another source of information. They offer the Gothenburg City Pass which allows entry into many tourist attractions, grand houses, museums as well as offering free travel on trams and buses and free parking. Recently, this pass was made available to people's mobile phones making it not only the most cost effective means of sight seeing but also the most convenient.

We have 30 guests and no members online 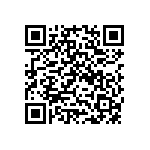