Ecuador A land of wonders and diversity!
Although the smallest of all the Andean countries, The Republic of Ecuador holds historical, cultural and natural wonders befitting an entire continent.  Straddling not only two hemispheres but also two worlds - the ancient and the modern - this tiny republic with its remnants of past civilizations and Spanish conquests offers the traveler a striking blend of landscapes, peoples and cultures.
From ancient markets of the indigenous peoples, Amazon tributaries, Inca ruins, Andean peaks, 16th century churches, and the wildlife-rich Galapagos Islands, Ecuador boasts an incredible diversity which belies its diminutive size.   Indigenous cultures, tropical forests, active volcanoes, and a wealth of animal and bird life are all highly accessible within a matter of hours in a country no bigger than the U.S. State of Colorado.
Ecuador is situated on the equator on the South American continent.  Almost due south of the U.S. state of Florida, Ecuador is about 4-hours by air from Miami.
Temperatures and rainfall vary depending on the region, altitude, and seasonal factors.
Quito, in the northern Andes, has an temperature varying from 45° to 74° F.  The rainy season is typically from September to June, varying from 4 to 7 inches per month.
Guayaquil, on the pacific coast, has a temperature that varies from 75
North Seymour Island, in the Galapagos, typically has variations in temperatures from 88 F in March and April, to 75 F in August and September.January through April is the rainy season, but even then rainfall rarely exceeds 2 inches per month.
Once the Inca Empire's northernmost territory, successive waves of invaders have left their indelible mark on the country.  The remains of Inca and pre-Inca fortresses dot hill tops across the Sierra, while in the highland valleys Quechua-speaking Indiana sell traditional handicrafts in thousand year old markets.  The beautifully preserved cities of Quito and Cuenca, both rich in 16th century art and architecture, and the elegant colonial haciendas found throughout the conquests and three hundred years of Spanish rule.

We have 68 guests and no members online 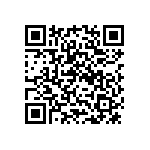