Belize formerly British Honduras) is a constitutional monarchy, and the northernmost Central American nation. Belize has a diverse society, comprising many cultures and languages. Even though Kriol and Spanish are spoken among the population, Belize is the only country in Central America where English is the official language. Belize is bordered to the north by Mexico, south and west by Guatemala, and to the east by the Caribbean Sea. Belize’s mainland is about 290 kilometers (180 miles) long and 110 kilometers (68 miles) wide.

With 22,960 square kilometers (8,867 square miles) of land and a population of only 333,200 people (2010 est.),[4] Belize possesses the lowest population density in Central America.[5] The country's population growth rate of 2.21% (2008 est.), however, is the highest in the region and one of the highest in the western hemisphere. Belize's abundance of terrestrial and marine species, and its diversity of ecosystems give it a key place within the globally significant Mesoamerican Biological Corridor.

The origin of the name Belize is unclear, but one idea is that the name is from the native Maya word belix, meaning "muddy water", applied to the Belize River. Others have suggested that it is derived from a Spanish pronunciation of the name of the Scottish buccaneer Peter Wallace, which was applied to an early settlement along the Belize River and to the river itself.[7] Belize has a sizeable proportion of Africans from the ancient Kingdom of Kongo, who could have brought the name with them, as there is a Belize in Angola as well.

Before the arrival of Europeans, the Maya civilization spread itself over Belize beginning around 1500 BC and flourished until about A.D. 800. The recorded history of the centre and south is dominated by Caracol, where the inscriptions on their monuments were, as elsewhere, in the Lowland Maya aristocratic tongue Classic Ch'olti'an.[8] North of the Maya Mountains, the inscriptional language at Lamanai was Yucatecan as of A.D. 625.[9]

In the late classic period of Maya civilization (before A.D. 1000), as many as 400,000 people may have lived in the area that is now Belize. Some lowland Maya still occupied the area when Europeans arrived in the 16th century. By then the primary inhabitants were the Mopan branch of the Yucatec Maya.

Spanish colonists tried to settle the inland areas of Belize, but Maya rebellions and attacks forced them to abandon these efforts.

English and Scottish buccaneers known as the Baymen first settled on the coast of Belize in 1638, seeking a sheltered region from which they could attack Spanish ships (see English settlement in Belize). The settlers turned to cutting logwood during the 18th century. The wood yielded a fixing agent for clothing dyes that was vital to the European woollen industry. The Spanish granted the British settlers the right to occupy the area and cut logwood in exchange for an end to piracy.

The Battle of St. George's Caye was a short military engagement that lasted from 3–10 September 1798, undertaken off the coast of what is now Belize. The name, however, is typically reserved for the final battle that occurred on 10 September. The British first appointed a superintendent over the Belize area in 1786. Prior to that time, the British government did not initially recognize the settlement in Belize as a colony for fear of provoking Spanish attack. The delay in government oversight allowed the settlers to establish their own laws and forms of government. During this time a few wealthy settlers gained control of the local legislature, known as the Public Meeting, as well as of most of the settlement's land and timber.

The battle took place between an invading force from what would become Mexico, attempting to wrest Belize for Spain, and a small force of resident woodcutters called Baymen, who fought for their livelihood assisted by black slaves.

The Spanish repeatedly tried to gain control over Belize by force, but were unsuccessful. Spain's last effort occurred on 10 September 1798, when the British repelled the Spanish fleet in a short engagement with no known casualties on either side known as the Battle of St. George's Caye. The anniversary of the battle is now a national holiday in Belize.

In the early 19th century, the British sought greater control over the settlers, threatening to suspend the Public Meeting unless it observed the government's instructions to eliminate slavery in a whole. Slavery was abolished in the British Empire in 1838, but this did little to change working conditions for labourers in the Belize settlement. Slaves of the colony were valued for their potentially superior abilities in the work of mahogany extraction. As a result, former slave owners in British Honduras earned £53.6.9 on average per slave, the highest amount paid in any British territory.[11]

Soon after, a series of institutions were put in place to ensure the continued presence of a viable labour force. Some of these included greatly restricting the ability of individuals to obtain land, a debt-peonage system to organise the newly "free." The position of being "extra special" mahogany and logwood cutters undergirded the early ascriptions of the capacities (and consequently limitations) of people of African descent in the colony. Because a small elite controlled the settlement's land and commerce, former slaves had no choice but to continue to work in timber cutting.

In 1836, after the emancipation of Central America from Spanish rule, the British claimed the right to administer the region. In 1862, Great Britain formally declared it a British Crown Colony, subordinate to Jamaica, and named it British Honduras. As a colony, Belize began to attract British investors. Among the British firms that dominated the colony in the late 19th century was the Belize Estate and Produce Company, which eventually acquired half of all the privately held land in the colony. Belize Estate's influence accounts in part for the colony's reliance on the mahogany trade throughout the rest of the 19th century and the first half of the 20th century.


The Great Depression of the 1930s caused a near-collapse of the colonial economy as British demand for timber plummeted. The effects of widespread unemployment were worsened by a devastating hurricane that struck the colony in 1931. Perceptions of the government's relief effort as inadequate were aggravated by its refusal to legalize labour unions or introduce a minimum wage. Demonstrations and riots in 1934 marked the beginning of an independence movement. In response, the government repealed criminal penalties for workers who violated the terms of their labour contracts regarding unions and granted workers the right to join unions.

Economic conditions improved during World War II (1939–1945) when many Belizean men entered the armed forces or otherwise contributed labour to the war effort. Following the war, the colony's economy again stagnated due to the pressures caused by its damaging effect. Britain's decision to devalue the British Honduras dollar in 1949 worsened economic conditions and led to the creation of the People's Committee, which demanded independence. The People's Committee's successor, the People's United Party (PUP), sought constitutional reforms that would expand voting rights to all adults.

Constitutional reforms were initiated in 1954 and resulted in a new constitution ten years later. Britain granted British Honduras self-government in 1964, and the head of the PUP—independence leader George Price—became the colony's prime minister. British Honduras was officially renamed Belize in 1973. Progress toward independence, however, was hampered by a Guatemalan claim to sovereignty over the territory of Belize. When Belize finally attained full independence on 21 September 1981, Guatemala refused to recognise the new nation. About 1,500 British troops remained to protect Belize from the Guatemalan threat.

With Price at the helm, the PUP won all elections until 1984. In that election, the first national election after independence, the PUP was defeated by the United Democratic Party (UDP), and UDP leader Manuel Esquivel replaced Price as prime minister. Price returned to power after elections in 1989. Guatemala's president formally recognised Belize's independence in 1992. The following year the United Kingdom announced that it would end its military involvement in Belize. British soldiers were withdrawn in 1994, but the United Kingdom left behind a military training unit to assist with the newly formed Belize Defence Force.

The UDP regained power in the 1993 national election, and Esquivel became prime minister for a second time. Soon afterwards Esquivel announced the suspension of a pact reached with Guatemala during Price's tenure, claiming Price had made too many concessions in order to gain Guatemalan recognition. The pact may have curtailed the 130-year-old border dispute between the two countries. Border tensions continued into the early 2000s, although the two countries cooperated in other areas.

The PUP won a landslide victory in the 1998 national elections, and PUP leader Said Musa was sworn in as prime minister. In the 2003 elections the PUP maintained its majority, and Musa continued as prime minister. He pledged to improve conditions in the underdeveloped and largely inaccessible southern part of Belize.

In 2005, Belize was the site of unrest caused by discontent with the People's United Party government, including tax increases in the national budget. On 8 February 2008, Dean Barrow was sworn in as prime minister after his UDP won a landslide victory in general elections.

Throughout Belize's history, Guatemala has claimed ownership of all or part of the territory. This claim is occasionally reflected in maps showing Belize as Guatemala's twenty-third department. As of March 2007, the border dispute with Guatemala remains unresolved and quite contentious.[13][14] Guatemala's claim to Belizean territory rests, in part, on the terms Clause VII of the Anglo-Guatemalan Treaty of 1859 which (supposedly) obligated the British to build a road between Belize City and Guatemala. At various times the issue has required mediation by the United Kingdom, Caribbean Community heads of Government, the Organization of American States, Mexico, and the United States. Notably, both Guatemala and Belize are participating in confidence-building measures approved by the OAS, including the Guatemala-Belize Language Exchange Project.[15]

Since independence, a British garrison has been retained in Belize at the request of the Belizean government including, at times, Harrier jets.

Big Rock Falls in the Cayo District
Belize is located on the Caribbean coast of northern Central America. It shares a border on the north with the Mexican state of Quintana Roo, on the west with the Guatemalan department of Petén, and on the south with the Guatemalan department of Izabal. To the east in the Caribbean Sea, the second-longest barrier reef in the world flanks much of the 386 kilometres (240 mi) of predominantly marshy coastline. The area of the country totals 22,960 square kilometres (8,865 sq mi), an area slightly larger than El Salvador or Massachusetts. The abundance of lagoons along the coasts and in the northern interior reduces the actual land area to 21,400 square kilometres (8,263 sq mi).

Belize is shaped like a rectangle that extends about 280 kilometres (174 mi) north-south and about 100 kilometres (62 mi) east-west, with a total land boundary length of 516 kilometres (321 mi). The undulating courses of two rivers, the Hondo and the Sarstoon River, define much of the course of the country's northern and southern boundaries. The western border follows no natural features and runs north-south through lowland forest and highland plateau. The north of Belize consists mostly of flat, swampy coastal plains, in places heavily forested. The flora is highly diverse considering the small geographical area. The south contains the low mountain range of the Maya Mountains. The highest point in Belize is Doyle's Delight at 1,124 m (3,688 ft).[16]

The Caribbean coast is lined with a coral reef and some 450 islets and islands known locally as cayes (pronounced "keys"). They total about 690 square kilometres (266 sq mi), and form the approximately 320-kilometre (199 mi) long Belize Barrier Reef, the longest in the Western Hemisphere and the second longest in the world after the Great Barrier Reef. Three of merely four coral atolls in the Western Hemisphere are located off the coast of Belize.

We have 20 guests and no members online 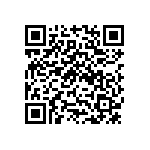