Basel is a city in Switzerland.
One of Switzerland's underrated tourist destinations, Basel has a beautiful medieval old town center, a Carnival that ranks with those of Venice and Rio de Janeiro, and several world class art museums built by architects like Renzo Piano, Mario Botta and Herzog & De Meuron. Basel is also rich in architecture old and new, with a Romanesque Münster (cathedral), a Renaissance Rathaus (town hall), and various examples of high quality contemporary architecture, including more buildings by Herzog & De Meuron, Richard Meier, Diener & Diener, and various others.

Located in the Dreiländerecke (three countries' corner), Basel is a gateway to the Swiss Jura mountains and nearby cities of Zürich and Lucerne, as well as the neighboring French region of Alsace and the German Black Forest. There are a number of things to see and do if you have a few days to spend.

It was one of the eight host cities in the 2008 European Football Championships.
Dreiländereck, borders of Switzerland, Germany, and France meeting at the Rhine harbour of Basel The town of Basel lies in the north-western corner of Switzerland. The town shares borders with France and Germany and is the heart of this tri-national region - the Dreiländereck (three countries' corner). Besides its own attractions it can serve as a good entry point to the Alsace, Black Forest regions or the canton of Basel-Land.

A Basilisk, the mythical dragon holding the coat of arms and protecting the city The Rhine curves through the city and divides the town into two parts. Situated on the south and west bank is Grossbasel (Great Basel) with the medieval old town at its center. Kleinbasel (Little Basel), featuring much of the night-life, is on the north bank.
Visiting Basel can be a holiday for your vocal cords if you plan to absorb the beautiful art in silence exhibited in the many first-rate museums. Once a year it also hosts Art | Basel (see Do) which is the world's premier fair for modern classics and contemporary art.
Basel has one of the most amazing carnivals you're likely to see, called Fasnacht. If you're there during the "three loveliest days" of the year, prepare to be amazed, and don't expect to be able to sleep. (See Do, Festivals).
Basel is a cosmopolitan city because of its university and industry and its proximity to the borders of France and Germany. The official language of the city is German, but the majority of the population speaks Baseldytsch, an Alemannic dialect, as their mother tongue. German is taught in schools and fluently spoken by virtually everyone, so if you speak German and they notice that you are a foreigner, they will most likely answer you in German. Also widely spoken are English and French, both of which many people are able to communicate in comfortably enough to deal with everyday interactions and will gladly work to understand you. Borrowed French words are fairly common in everyday conversation; for example, Baslers often bid each other farewell with the French "adieu". Basically, the average Basler understands and speaks fluent Baseldytsch, German, English, and often French.

We have 84 guests and no members online 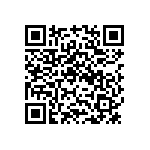