Tourism in Algeria contributes only about 1 percent of Algeria's GDP. Algeria's tourist industry lags behind that of its neighbors Morocco and Tunisia. Algeria receives only about 200,000 tourists and visitors annually. Ethnic Algerian French citizens represent the largest group of tourists, followed by Tunisians. The modest level of tourism is attributable to a combination of poor hotel accommodations and the threat of terrorism. However, the government has adopted a plan known as "Horizon 2025", which is designed to address the lack of infrastructure. Various hotel operators are planning to build hotels, particularly along the Mediterranean coast. Another potential opportunity involves adventure holidays in the south. The Algerian government has set the goal of boosting the number of foreign visitors, including tourists, to 1.2 million by 2010. Algeria is also working on new target with the World Tourism Organisation. The number of foreign tourists to Algeria have increased 20% annually between 2000 and 2005[6], Tourism Minister Noureddine Moussa said Monday (October 30th) at a conference with the sector's executives. Over 140 building permits in the tourism sector have been granted by the ministry since November 2005 to nationals who want to invest in tourism infrastructures.

We have 58 guests and no members online 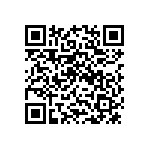