Aarhus or Århus  is the second-largest city in Denmark. The principal port of Denmark, Aarhus is on the east side of the peninsula of Jutland in the geographical center of Denmark. Aarhus is the seat of the council of Aarhus municipality with 311,235 inhabitants and 249,709 (1 January 2011) in the inner urban area. According to Aarhus municipality, the "Greater Aarhus" area has a population of about 1.2 million people. The city claims the unofficial title "Capital of Jutland".

Aarhus is the main and biggest city in the East Jutland metropolitan area (Danish: Byregion Østjylland), which is a co-operation in the eastern Jutland with 17 municipalities. With more than 1.2 million people living in the area it represents approximately 23% of the population of Denmark and is the second largest coherent urban area after the Copenhagen metropolitan area.

Aarhus Cathedral; rebuilt to its current size in 1500, with the longest nave in DenmarkThe city was mentioned for the first time by Adam of Bremen who stated that "Reginbrand, bishop of the church of Aarhus (Harusa)" participated in a church meeting in the city of Ingelheim in Germany.

During the Middle Ages the city was called Arus, and in Icelandic chronicles, it was known as Áróss. It is a compound of the two words ar, genitive of a ("river", Modern Danish å) and oss ("mouth", Modern Danish munding; in Modern Icelandic this word is still used for "river delta").[citation needed] The name originates from the city's location around the mouth of the stream Aarhus Å (English: Aarhus River, Å being the Danish word for a small river.

Through regular sound development, Medieval Danish Arus became Aars or Oes, a form which persisted in the dialects of the surrounding parishes until the 20th century. In 1406, Aarhus became prevalent in the written sources, and gradually became the norm in the 17th century. Aarhus is probably a remodelling after the numerous Low German place names in -husen, possibly as a result of the influence of German merchants.

We have 78 guests and no members online 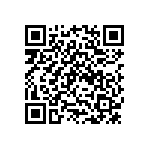