Aalborg (or Ålborg) is a Danish industrial and university city in North Jutland. The city of Aalborg has a population of 103,545  (124,921 including Nørresundby) making it the fourth largest city in Denmark in terms of population. The municipality of Aalborg has a population of 199,188 (2011) making it the third most populous municipality in the country after Copenhagen and Århus. The earliest settlements date back to around AD 700. Its location by the Limfjord made it an important harbour during the Middle Ages, and an industrial centre later. Today, the city is in transition from a working-class industrial city to a knowledge-based one.

We have 28 guests and no members online 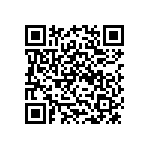