Edinburgh is a huge city with several district containing restaurant, nightlife and accommodation .

Holyrood PalaceEdinburgh (Gaelic: Dùn Èideann; [1]) is the capital of Scotland located in the Central Belt region of the country. With a population of approximately 450,000 (1 million in the city region), "Auld Reekie" (Edinburgh) manages to combine both ancient and modern in a uniquely Scottish atmosphere. Watched over by the imposing castle, the symbol of the city, Edinburgh combines medieval relics, Georgian grandeur and a powerful layer of modern life with contemporary avant-garde. In Edinburgh, medieval palaces rub shoulders with the best of modern architecture, Gothic churches with amazing museums and galleries. Scotland's throbbing night-life centre, Edinburgh, "the Athens of the North", is also a feast for the mind and the senses, playing host to great restaurants, shops and an unequaled programme of city festivals throughout the year. Hogmanay, the Scottish New Year, kicks off the festivities, which culminate in the high summer with the Tattoo, the International and the Fringe, amongst many others.

The Old and New Towns of Edinburgh were listed as World Heritage Sites by UNESCO in 1995. In 2004, Edinburgh became the first member of the UNESCO Creative Cities initiative when it was designated a City of Literature.

In a 2009 poll by YouGov, Edinburgh was voted the most desirable city to live in the UK.

Edinburgh's districts Old Town
Edinburgh's medieval heart along the Royal Mile, which runs from the Castle to Holyrood Palace. Most of the really famous sites are in this area.
New Town
The other half of the city centre is the Georgian (late 18th century) New Town. The commercial heart of the city, this is what shopaholics make a beeline for.
Stockbridge and Canonmills
Exclusive neighbourhood to the north of the New Town, some interesting independent shopping plus the most relaxing spot in the city - the Royal Botanic Garden.
Leith
Edinburgh's independent-minded port area is a destination in its own right.   Edinburgh/East
The beach district of Portobello and the historic village of Duddingston both lie in the east of the city.
Edinburgh/South
A popular part of town for students, so there are plenty of interesting places to eat and drink. Further out is Edinburgh's Outdoor Playground of the Pentland Hills, and the intriguing Roslin Chapel.
Edinburgh/West
Edinburgh's excellent zoo is here, plus the temple of sport that is Murrayfield rugby stadium.

Entrance to Edinburgh Castle
Railbridge on the Firth of Forth, an engineering marvel constructed in 1890[edit] Understand
Edinburgh is on the east coast of Scotland's central Lowlands, situated on the southern shore of the Firth of Forth. Edinburgh's landscape is the product of ancient volcanism (both the Castle crag and Arthur's Seat are the eroded plugs of volcanoes) and more recent glaciation (carving out valleys south of the castle and the old Nor'Loch, presently the site of the Princes Street Gardens). Impress the locals by knowing that Princes Street is the correct spelling (dedicated plurally and not possessively for King George III's sons - hence the absence of an apostrophe). Don't make the mistake of pronouncing it Princess Street - though many of the locals won't know the difference! And watch out for these two commonly mis-pronounced streets as well: Cockburn (coe-burn) and Buccleuch (buh-clue) are nearly always gotten wrong, to the amusement of the locals.

Edinburgh's historic centre is bisected by Princes Street Gardens, a broad swathe of parkland in the heart of the city. Southwards of the gardens is the castle, perched on top of an extinct volcanic crag, and flanked by the medieval streets of the Old Town following the Royal Mile along the ridge to the east. To the north of Princes Street Gardens lies Princes Street itself - Edinburgh's main shopping boulevard - and the Georgian period New Town, built after 1766 on a regular grid plan.

Edinburgh has been the royal capital of Scotland since 1437.

Edinburgh is noted as a long-lived literary capital of the English-speaking world.

The great Scottish historical novelist Sir Walter Scott was born in the city and has his great monument on Princes Street. Sir Arthur Conan Doyle was also a native of Edinburgh.

More recently, Edinburgh has variously been the home and inspiration for such well-known modern writers as Muriel Spark (author of The Prime of Miss Jean Brodie), Irvine Welsh (author of the 1993 novel Trainspotting, set in the gritty district of Leith), Ian Rankin (a crime writer best known for the Inspector Rebus series, set in Edinburgh), Alexander McCall Smith (The No. 1 Lady Detective's Agency and several novels set in the Scottish capital) and J.K. Rowling of Harry Potter fame.

Edinburgh's climate is most comfortable for the traveler from May to September. That said, the weather in Edinburgh is always changeable and visitors should expect both sunshine and rain, whatever the season. Edinburgh tends to get windy while it rains as well, so be sure to pack either a raincoat or a sturdy umbrella! Many a tourist has abandoned an inverted umbrella due to the persistent, whipping winds. Summer, the main festival season, combines long daylight hours with lengthy evenings (being so far north, it rarely gets dark before 10 or 11 at night!). Winter can feel bitterly cold, with short daylight hours, however snow is rare and of a short duration, and most of Edinburgh's winter precipitation comes in the form of a chilly rain and sleet. Edinburgh has an abundance of indoor attractions and activities that make the cold winter days fly by. In other words, bring a coat big lad, will ya? Do not worry about being cold in winter, because like many modern countries all buildings including the old ones are warm, dry and insulated.


The Hub on the Royal Mile, the former Tollbooth Kirk is the headquarters of the Edinburgh International Festival[edit] When to go
Travellers should note that Edinburgh becomes overwhelmingly crowded (accommodation-wise) during the main festival periods of high summer (August to early September) and Hogmanay (around New Year's Day / 1 January). Visitors at these times should plan well ahead (even more than a year in advance!) for booking central accommodation and event tickets at these times.

Edinburgh International Airport (IATA: EDI) [2], the busiest airport in Scotland, is situated some 10 miles west of the city. The airport offers a wide range of domestic and international flights to Europe and North America. Many visitors to the city arrive via a connecting flight from London. Edinburgh Airport does, however, have a daily flight to and from Newark (Continental Airlines), a 25 minute train ride or drive from New York City and also a daily flight to and from Atlanta, Georgia and New York City (Delta Air Lines). In comparison to most Scottish airports, Edinburgh's European flight network is well developed, with frequent scheduled flights to destinations such as Amsterdam, Berlin, Brussels, Copenhagen, Dublin, Frankfurt, Geneva, Helsinki, Kaunas, Madrid, Milan, Munich, Oslo, Paris, Rome, Stockholm,Warsaw and Zurich.

A dedicated airport bus service, Airlink Express [3], service 100, runs from outside the terminal building to Edinburgh city centre (Waverley Bridge) at least every 10 minutes until 00.22 and then every 30 minutes until 04.45. The bus leaves from Waverley Bridge (opposite entrance to train station) for the Airport at the same intervals 24/7. Adult fares are £3.50 for a single, £6 for an open return and the journey takes an average 25 mins. The buses offer free wi-fi connection, sockets for charging electrical equipment, CCTV allowing top-deck passengers to monitor their luggage, and electronic "next-stop" information. The Airlink buses have a dedicated blue livery which makes them easy to distinguish from the rest of the Lothian fleet.

A cheaper alternative is the ordinary Lothian Buses service 35, which runs from the bus stance outside the arrivals building to Ocean Terminal via the Royal Mile/High Street. Although much slower and with less provision for baggage than the 100, it is far cheaper at £1.30 a single and also allows the use of day tickets and other options that work on all Lothian Buses services, a great option for getting straight to the city if travelling lightly or on a budget

Scotland is permeated with legend and romance. Its ruined castles standing amid fields of heather and
bracken bespeak a past of heroic struggle. Its two great cities -- the ancient seat of Scottish royalty,lastbeds,
Edinburgh, and even more ancient Glasgow, boasting Victorian splendor -- are among Europe's,reservations,
most dynamic centers. And equally alluring is the picturesque countryside, with Highlands, mountains,hotel deals,
lochs, salmon-filled rivers, incomparable golf courses, and so much more.Scotland (Scottish Gaelic: Alba)  is a country in north-western Europe. Sharing a 60 mile (96 km) long land border with England to the south, and separated from Northern Ireland by the North Channel of the Irish Sea, Scotland is surrounded by the bracing waters of the North Sea to the east, and the North Atlantic Ocean to the west and north. The capital is Edinburgh; the largest city is Glasgow. It is the most administratively independent of the four home nations of the United Kingdom, having retained its own legal, religious and educational institutions when it acceded to the Union in 1707, and since 1999, has had its own separately elected devolved government which deals with exclusively Scottish affairs,car hire,

Apart from these and several other cities, the popular image of Scotland for most travellers, of course, centres on the "Highlands and Islands" - a wonderfully diverse land, Scotland has much to offer virtually any traveller,insurance,

We have 87 guests and no members online 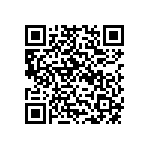