The Grand Duchy of Luxembourg (Luxembourgish: Groussherzogtum Lëtzebuerg, French:Grand-Duché de Luxembourg, German: Großherzogtum Luxemburg), is a landlocked country in the Benelux bordered by Belgium, France and Germany, lying at the crossroad of Germanic and Latin cultures. It is the only Grand Duchy in the world and is the second-smallest of the European Union member states,last minute deals,

With a successful steel, finance and high technology industry, a strategic location at the heart of Western Europe, more natural beauty than you might expect given its size, and as one of the top three richest countries in the world, Luxembourg enjoys a very high standard of living and has prices to match,accommodation

The city of Luxembourg proper was founded in 963, and its strategical position soon promised it a great fate. Luxembourg was at the crossroad of Western Europe and became heavily fortified, and you can still see the extensive city walls and towers that are its most distinctive cityscape. Due to its key position, Luxembourg was raised up to a Duchy that included a much larger territory that stretched in present-day Belgium, Netherlands, Germany and France. The powerful Habsburg family kept its hand on it until the late Renaissance times.

After the Napoleonic wars, the Duchy of Luxembourg was granted to the Netherlands. It had a special status as a member of the German confederacy and the citadel was armed with a Prussian garrison: Luxembourg was still a strategic lock that everybody aimed at controlling. It was granted the title "Grand Duchy" in 1815 but lost some territories that are today parts of France and Germany.

During the course of the 19th century, developments in warfare and the appearance of artillery made Luxembourg obsolete as a stronghold, and it became little more than a rural territory of no strategic interest whatsoever. The Germans relinquished their rights over it and moved out their garrison, its western half was granted to Belgium in 1839, and the Netherlands granted it complete independence in 1867. Since then, Luxembourg arose from a poor country of fields and farms to a modern economy relying on financial services and high-tech industries.

Overrun by Germany in both world wars, Luxembourg was one of the major battlefields of the Battle of the Bulge in the winter of 1944-1945, a story well documented in the museum at Diekirch. The state ended its neutrality in 1948 when it entered into the Benelux Customs Union and it joined NATO the following year. In 1957, Luxembourg became one of the six founding countries of the European Economic Community (later the European Union) and, in 1999, it joined the euro currency area.

Modified continental with mild winters, although January and February can get very cold and temperatures can fall to as low as -15°C. The summer can be very hot in Luxembourg, with temperatures in July and August reaching around 30+°C.

Mostly gently rolling uplands with broad, shallow valleys; uplands to slightly mountainous in the north; steep slope down to Moselle flood plain in the south.

National holiday : National Day falls on the 23rd June. (Birthday of Grand Duchess Charlotte moved by 6 months to coincide with the warmer weather)

We have 75 guests and no members online 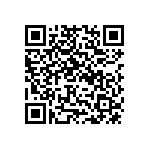