on Saturday, 17 September 2011. Posted in Colombia

Colombia La Candelaria, Bogotá
Welcome to Colombia, a tropical country of incredible diversity and charm. Its ever-changing geography, a history loaded with mystery and adventure, its people and cultures, have fascinated the world for centuries.
Although its excellent coffee and the purity of its emeralds have made the country famous, Colombia is also the homeland of the El Dorado legend and the magical universe of Garcia Marquez’s Macondo.If you still have not been here, you can browse our portal and realize how much you have been missing. Coming to Colombia is discovering a completely new world.
National flag of the Republic of Colombia /Picture el_cafe/
Colombian flag
Colombian people have many reasons to be proud of their country. Our contrasting natural regions, their profuse flora and fauna, the ethnic diversity of our people and the richness of our cultural and artistic patrimony are some of them.
We also recognize ourselves in multiple symbols and icons that identify us in front of the world. They are present in our everyday life, in our celebrations, events and solemn occasions. Their meaning is the pride we feel to be Colombians, our belonging and origin. They state our presence and comfort us in face of adversity. These symbols make up an indivisible unity out of our diversity.
Yellow is a symbol of the country's riches; blue represents the two oceans; red is for the blood spilled by our national heroes
Created by General Francisco de Miranda, the Colombian flag fluttered for the first time on March 12 1806 at La Vela harbor, and was officially adopted on November 26 1861. The primary colors, yellow, blue and red, inspired it. Yellow stands for our country’s richness. Blue, for our coasts on the Atlantic and Pacific oceans, while red evokes the blood of our Independence heroes.
The Republic of Colombia’s oat of arms has three horizontal stripes. The condor, bird of our Andes, means freedom. It stands frontward, wings extended and looking to the right. A green laurel crown and a waving ribbon hang from its beak. On the ribbon are written the words “Libertad y Orden” (Liberty and Order), the national motto.
On the upper third, there is an open gold grenade on a blue background. It evokes the Nueva Granada, name of the country during the XIX. Century. On both sides, there are cornucopias: the right one is full of gold and silver coins, the left one tropical fruits. They symbolize the richness and prodigality of our soil.
In the middle stripe, there is a Phrygian cap over a platinum background, which stands for freedom. In the lower stripe, two ships with unfurled sails appear on both sides of the Panama isthmus, symbolizing the country’s two oceans. Unfurled sails stand for our international trade. Two national flags on both sides surround the coat.
The Andean condor is the largest flying bird in the world
The majestic, big-sized Andean condor is considered the national bird. The Colombian coat of arms bears it, representing the country’s Glory. The Andean condor is the world’s biggest flying bird.
It can fly up to three hundred kilometers in a single day. Its plumage is almost completely black with metallic reflections, a white stripe on its wings and a white collar on the bottom of its neck. Males have a red comb on their head.
Cattleya orchid, national flower of Colombia /Pic. adrian-afonso National Flower
The cattleya trianae orchid, also known as “May flower” or “May lily”, is Colombia’s national flower since 1936. Its name honors Colombian naturalist Jose Jeronimo Triana, and it’s typical of tempered heights (between 1000 and 2000 meters above sea level and 17-24º C.).
National Tree
The palma de cera (wax palm) grows in the Cocora Valley, in the Quindio province, a department of the Café Triangle. Its main features are its strength, longevity and size, since it reaches heights of seventy meters.
Wax palm in Quindío /Pic. paulhs
Colombian Music
The cumbia is the traditional Colombian musical genre best known in the world. Its origins date back to Guinean dances. It emerged from musical and cultural syncretism between Indians, Africans and Europeans in the Magdalena delta region.
Cumbia combines their contributions. It is performed in groups by couples who dance in a circle to the beat of the drums and gaita music and hold a lit candle in their hands.
Nowadays, vallenato and national pop music are the stars of the world’s musical scene. Colombian music is an always-reinventing melting pot of tendencies and rhythms.
Cumbia is the genre of music for which Colombia is known by the rest of the world.
National Sport
The tejo (quoits) is a modern version of the ancient Muiscas turmeque, a game they used to play more than five hundred years ago in the high plateau of Cundinamarca and Boyaca. It consisted in throwing a gold disk, called zepguagoscua, and through the centuries evolved into the game of tejo played in Colombia and neighboring countries.
Nowadays it consists in putting an iron quoit into a metal circle or bocin, whose edges are loaded with firecrackers, or mechas. Whoever causes more explosions wins the game. The Indians used to drink chicha, a fermented corn beverage, while playing the game. Now the players quench their thirst with beer.

The Carnival of Barranquilla is a celebration Colombia offers to the world: a mestizo festival, enlivened by rhythms by the names of cumbia, porro, mapalé, chandé, puya, fandango, and last, but not least, merecumbé. Some call it a party of sones and danzones. This is a feast that gathers traditions based on the creativity of our people as expressed through dance, music, handcrafts, costumes, and party styles.
The Barranquilla Carnival is singular for its cultural diversity and the fact that the entire city participates. Each and every dance, folk group, and costume play an important role in making this celebration one of the best shows in the world, not only for watching, but for enjoying. Barranquilleros believe that the carnival is their property and their very special way of expressing their beings and feelings.
Also called La Arenosa (the sandy one) and Curramba la Bella (Curramba the beautiful), Barranquilla was founded around 1629. It is the main river and sea port of the country, and its historic center was declared a national monument in 1959. Several waves of immigrants have enriched its traditions and given the city its metropolitan and deeply joyful character.
The Carnival belongs to all and has its own expressions of being and feeling.
The buildings in El Prado neighborhood exhibit a Mediterranean architecture adapted to the Caribbean. Among the cultural compounds are the Teatro Amira de la Rosa and the Estadio Metropolitano.
Barranquilla has several hotels, restaurants, and night clubs where every night a small reenactment of the carnival is performed. UNESCO declared the carnival a Masterpiece of the Oral and Intangible Heritage of Humanity. The actual carnival takes place during the four days before Lent, but preparations begin several months before.

Bogotá, the capital of Colombia, located in the center of the country on a vast plain at 2,600 meters above sea level and with a moderate temperature has a population of eight million people from all corners of Colombia; a city as diverse as the entire country.
Declared World Book Capital by UNESCO and Iberoamerican Capital of Culture by the UCCI, Bogotá has become one of the most important cities of the continent, with public spaces such as plazas, streets and modern avenues. Its Mass Transit System is considered one of the most important in Latin America and a model for transportation systems in the country and the continent. The city has the world’s largest bicycling network –the Ciclovía, which covers close to 300 kilometers.
Bogota: travel to a city full of culture and nightlife.
Bogotá has a varied nightlife offering domestic and foreign tourists alike different options and styles; a permanent cultural agenda that is reflected in its more than 60 museums and art galleries; the most famous Rock Festival of the continent and the most important theater festival in the world, the Iberoamerican Theater Festival; 29 religious temples that are part of its heritage; 4,500 parks; close to 50 shopping malls and outlets where visitors can purchase the latest fashion and creations by haute couture Colombian designers.
Bogota Culture, nightlife, recreation, sports and knowledge are quite sophisticated.
Bogotá has earned a place among the major gastronomic capitals of Latin America. Its six dining areas with world-class restaurants offer local and international cuisine. The many accommodation options with over 300 hotels of international and national chains make of Bogotá the main destination of foreign tourists arriving in the country. Its venues for business, events and conventions consolidate it as one of the favorite destinations for executives worldwide.
The city, which was declared by the prestigious New York Times as one of the 31 destinations to visit in 2010 is an inspiring city with millions of amazing stories that surprise visitors every day.
Altitude
2,640 meters above sea level
Bogotá is situated in the center of the country, on the western part of the Bogotá savanna. To the south, the Bogotá river forms the falls of Salto de Tequendama. Its tributaries shape valleys with thriving towns whose habitants make a living from agriculture, cattle ranching, and the manufacture of handicrafts.
El Dorado International Airport + 57 (1) 425-1000 concentrates 65% of the aerial operations in the country. All procedures related to entering or exiting Colombia, as well as connections to the rest of the country, can be made from this airport.

We have 86 guests and no members online 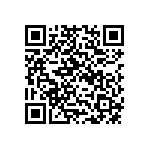