Chile is a long and narrow country in South America, with the Andes mountain range bordering one side and the Pacific Ocean bordering the other. It is over 4,000 km long and has an extremely diverse flora, fauna, scenery and climate.

Chile is divided politically into 12 regions, plus the metropolitan region, which can be found in the central part of the country. At Turismochile.com we have incorporated our own divisions for the country, especially taking into account tourist and geographic criteria. Hence we have divided Chile into zones, sectors, and finally destinations, not necessarily linked to the traditionally used regions or provinces.

We have 82 guests and no members online 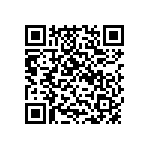