on Saturday, 17 September 2011. Posted in Argentina

Argentina is a country of Gauchos, Mate, Asado, Tango, Pampas, and Dulce de leche. The name immediately conjures up the image of big steaks, passionate men and women and long night of eating the best meat of the world and sipping mate, afterwards. Buenos Aires, the capital, is the center of the country in all ways except its geographical location. With the Río de la Plata, in the east of the country, it is actually the city that is closest to the Old Continent, and probably the most European city in South America.Behind Buenos Aires, the land of the Pampas begins. Many towns with historical centres that go back to colonial are worth visiting. In the west, the Andes mountains offer great outdoor opportunities: hiking, skiing and much more. Patagonia, the far south of Argentina is a rugged and cold land. The area around Ushuaia, southern most city of the counrty, is mild in October to May. It is great for the lovers of nature and wildlife; big glaciers that go directly into the Barney, birds, seals and other arctic animals abound. In the northwestern corner of this dreamed land, deserts and steppes are the most common geographical sites; and in the northeastern part of the country, Iguazú Falls, complete all kinds of climate existing on the Earth... all in one beautiful country.

Buenos Aires is the heart of Argentina, it is located on the coast of the Rio de la Plata. With more than 10 million residents, is the third largest city in South America.
The first European to reach the future City of Buenos Aires was Juan Díaz de Solís, the city, initially, was called "Ciudad de la Santísima Trinidad y Puerto de Santa María del Buen Aire" (literally City of the Most Holy Trinity and Port of Saint Mary of the Fair Winds) on 1536, by the Spanish expedition under Pedro de Mendoza. In the second half of the 19Th century, Buenos Aires became a metropolitan and multicultural center, those years, the main avenues and buildings were built, including the Teatro Colon, one of the world's top opera theatres.
The climate in Buenos Aires is mild, but in summer the city can get humid and hot, at this time the city can be quiet, because many Porteños take their vacations, they go, specially, to Mar del Plata Porteños or bonaerenses, as the multinational people of Buenos Aires are known, have an elaborate and rich cultural identity. Multinational people, because, the people of Buenos Aires have European (German, Portuguese, Polish, Irish, French, Croatian, English, Welsh, Romania, Ukraine, Armenian and specially Spanish and Italian), Arab, Asian, African, Criollo and Mestizo (Bolivia, Peru and Paraguay) origins. This seductive city, is divided into 48 neighbourhoods (barrios), these barrios are grouped into 15 communes (comunas), each of which has his own attractiveness and beauty, the most famous barrios are La Boca, San Telmo, Recoleta, Palermo and Puerto Madero. You can reach easily tourist locations around the city using the public transport network connected through bus and subway lines linking all the points of the city, the downtown area is full and noisy, but the city offers enjoyable places to walk around, also, the city has low crimes rates. This cosmopolitan city has high standards of living, is the most European City in South America (sometimes is called the "Paris of the South"), after devaluation, Buenos Aires has become a cheap city where there are much to see and do: there are elegant houses, cosy parks and historic buildings that comes from the nineteenth century, the city has several attractive museums, theaters, cultural centers, cinemas, bars. All this make of Buenos Aires a place with passion, excitement and infinite movement. You will enjoy the architecture of the city, visit the shopping centers at day, enjoy incredible food at the restaurants and cafes, and by night you can choose between a wide variety of Discos, Bars, a Casino (Buenos Aires don't sleep).

San Carlos de Bariloche is a city located in the Rio Negro province, at 770 meters above sea level and at 1,680 kilometers away from Buenos Aires. Bariloche is one of the main tourist destinations in Argentina, is known as a popular winter and summer resort in the Argentinian Andes. The city es surrounded by forests, beautiful lakes such as Nahuel Huapi, Gutiérrez Lake, Moreno Lake, Mascardi Lake and splendid mountains with snow-capped peaks, such as the Tronador, Cerro Catedral, Cerro López. The winter season from June to September, brings the stunning snow and the time of winter sports such as snowboard, snow polo, paragliding and mostly skiing. The main mountain is Cerro Catedral, 18 kilometers away the city, this resort features 67 km of rinks, cable cars, hotels, shopping centers, rental of equipment and general assistance, another good skiing destination is Cerro Chapelco in San Martin de los Andes. The mountains features trails for skiers of every level. In the summer, Bariloche becomes in a major destination for outdoor sport such as water sports, fishing activities, hiking, biking, trekking, climbing, golfing, including trips to Chile via the lakes route. Bariloche is a very lively town, the Civic Centre, is the most representative spot of the city, it reminds a Swiss village, its buildings lodge the City Council, the Police, the Cathedral, the Clock Tower, the Patagonia Museum, the Library, the tourist area of Bariloche, is located near the Civic Centre, the main shopping and business are on Mitre street, Moreno street and intersections. There are many chocolate shops, restaurants and fast food outlets, tourist agencies and shows, tourist can learn more about the history of Bariloche visiting the Patagonia Museum located in the center of the Civic Centre. Tourist can visit the Cathedral Nuestra Señora del Nahuel Huapi, it has interesting vitraux that mixes religious subjects with Patagonian items. In Beschtedt Street, tourist can visit one of the most antique buildings, the Capilla de la Inmaculada (literally Chapel of the Immaculate), built in 1905, was initially settled in Moreno Street and moved to its current location using rails, during 1973, it has been declared a Historic Monument.

Tandil is in the middle of a scenery formed by mountain ranges, valleys, streams and ancient forests, Tandil lies within the area of the fertile Humid Pampa (Pampa Hùmeda in Spanish) of the range of hills known as the Tandilia System, which is the main feature of the region, that makes up an ideal landscape 179 meters above sea level, it is a modern city that has not lost the spirit of a village. Tandil is famous for the enormous Piedra Movediza ("Balancing Rock"), rested at an inconceivably steep angle on one of the top hills of the city, this rock finally smashed to the valley floor, on February 29, 1912, the place where it once stood this rock, is one of the most visited places in Tandil. The Independencia Park, the famous and impressive stone El Centinela, a rock of seven-metre high, situated at 5 km southwest of the town centre, and the Tigre Mountain Range are another attractions for most tourists in Tandil. You could feel a religious experience, during the Easter holidays, when ten of thousands of believers visit the Mount Calvary ("Monte Calvario") along the Way of the Cross ("Via de las Cruces"), here it is possible to watch fourteen groups of sculptures, illustrating the sequence of the route of Christ to the Cross, which ends at Monte Calvario. It is one of the more important religious festivities in Tandil, this destination can be visited any time in the year. Last Minute Accommodation booking visit www.lastbeds.com
You should not miss the "Epoca de Quesos", on the corner of 14 de Julio and San Martin, this place is one of the of Tandil, once you have finished looking around, you can enjoy the delectable homemade hams, cherry beer, salami, and herb cheeses. After that you could visit the Museo Tradicionalista, at 4 de Abril, which has a wide range of items, there are huge farm carts, a replica of a "pulperia" (a kind of bar), hundred of photographs and even a 1940s fighter plane, in 17 huge exhibit halls.Around Tandil, there are peaks of up to 500 meters, its environment is an ideal site for adventure travel, manifested in activities such as horse-riding, paragliding, hiking, mountain biking, there are many tourist agencies operating tours out of the town. Tandil has the perfect combination of the better of a city and outdoor life, and its many alternatives turn the city in a very good place to visit.

Ushuaia, Tierra del Fuego, located at 461 km southwest of Punta Arenas and 594 km south of Río Gallegos, offers a wide variety of opportunities to enjoy of its amazing environment, a combination of mountains, sea, glaciers, forests, you can hire a modern catamaran or a comfortable sailing boat, which will take you along the Beagle Channel, to the Cape Horn(in the Chilean side) and the Antartic Continent, in the way you can see the local birds and fauna, such as penguins and sea-wolveThe tourist attractions include the Tierra del Fuego National Park; the southernmost in Argentina which limits in his occidental side with Republic of Chile. Its objective is protect the sub-antarctic environment; the Escondido and Fagnano Lakes, the Harberton and Moat Ranches or maybe you should go through the Heart of the Island to meet the picturesque little town called Tolhuin or the Chepelmut and Yehuin Lakes. You can learn about the history and culture of the people of Ushuaia, visiting the Museo del Fin del Mundo (End of the World Museum), the Maritime Museum and the old part of the city that allows to watch the typical architecture. Nature lovers can go to the base of the Martial Glacier and admire the wonderful view of the city, Beagle Channel and the Glacier itself, tourist can practice outdoor activities such as trekking, horse riding, mountain bike, sport fishing, or excursions through unexplored sites. In Ushuaia is located The Centro Invernal Cerro Castor, the newest ski resort in Argentina, situated at only 15 minutes from Ushuaia city, was built at the Krund mountain, from May to October, offers better snow conditions. Another interesting place is the Isla de los Estados (The Staten Island), where the Faro del Fin del Mundo (Lighthouse at the End of the World) can be found, this lighthouse was made famous by Jules Verne in its novel of the same name, published in 1905. The wild fauna is composed of penguins, sea wolfs, seals, seagulls and cormorants. You can travel on the Tren del Fin del Mundo (World’s End Train), considered the southernmost functioning railway in the world, the train originally was built to transport prisoners, now has been turned into heritage railway into the Tierra del Fuego National Park.

We have 88 guests and no members online 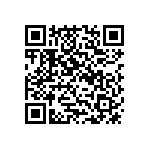